We took the girls fishing this weekend...it was rainy, but I am told that's the best time to catch fish. So, here are some pics from our quick fishing trip!

Faith had a fun time...Brooke wasn't so sure about the fish! 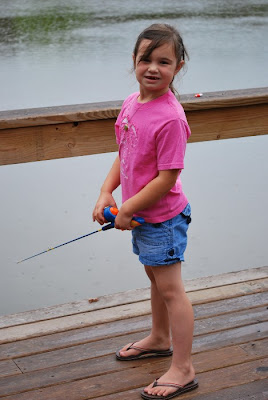 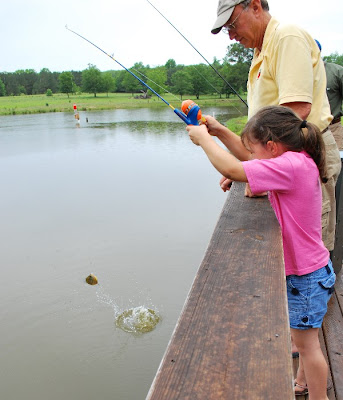 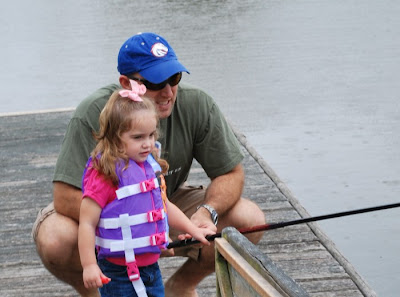 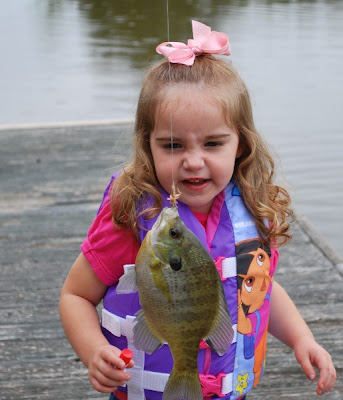 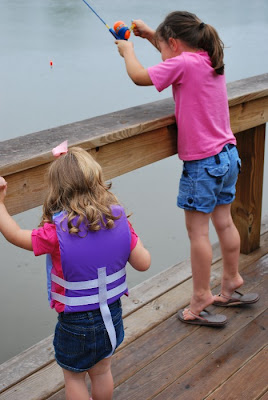 Posted by Faith's Place at 8:44 PM No comments: Links to this post

Brooke's preschool had their end of the year music program at school yesterday. Brooke, who is 2 and a half, was on the front row and happy as could be, singing and doing the motions with the music...

Until she spotted me in the crowd.

She spent the rest of the music program with her face in her hands, crying her little eyes out.

Even though she was miserable, she was so stinkin' cute!! Eventually, one of the teachers removed her..after her cries grew louder and louder, and could be heard over the singing.... 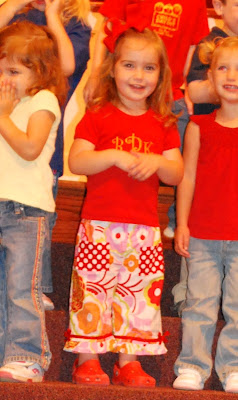 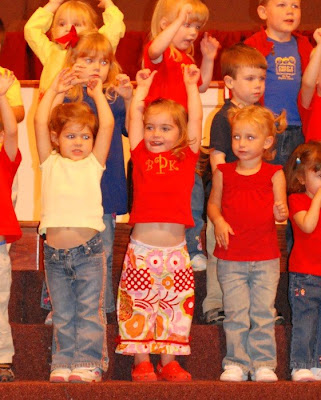 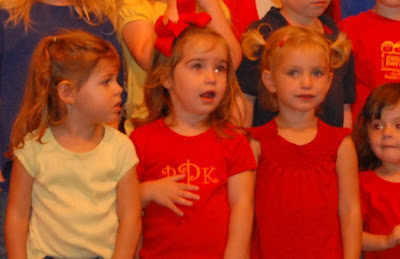 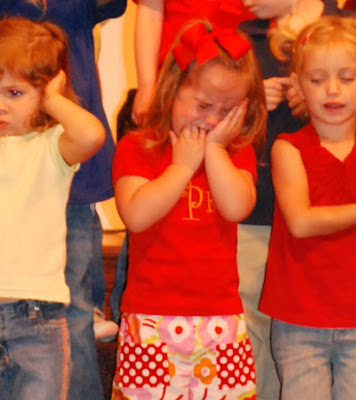 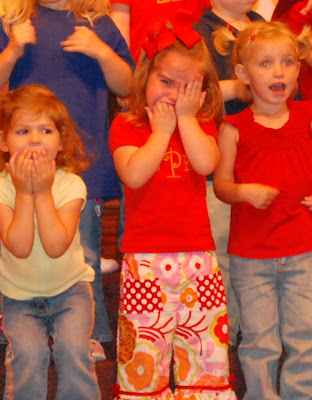 Posted by Faith's Place at 7:26 AM No comments: Links to this post

Here are a few pictures of a whole-lot-a-nothin'! Life is good, we can't complain! 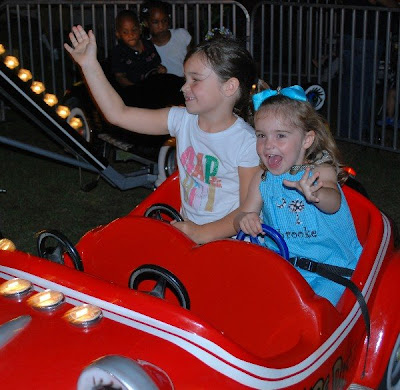 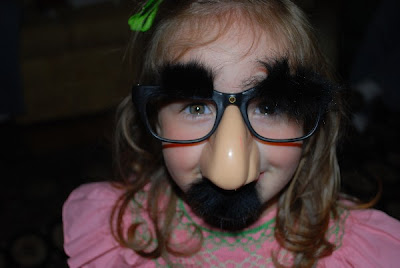 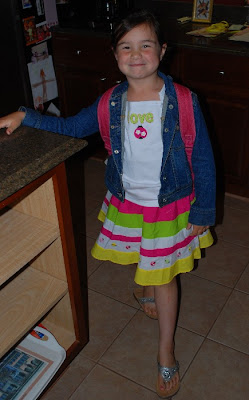 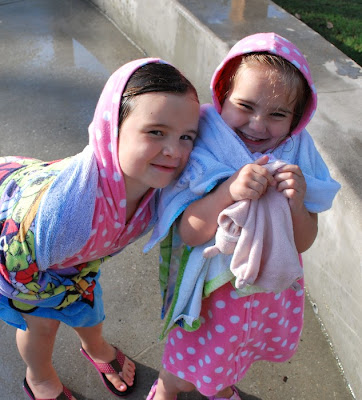 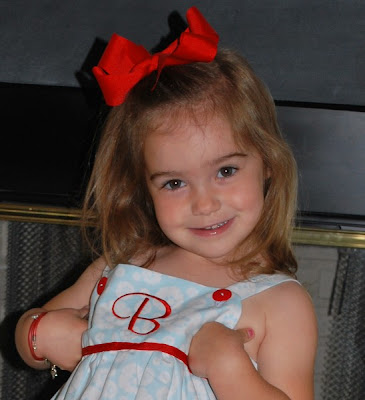 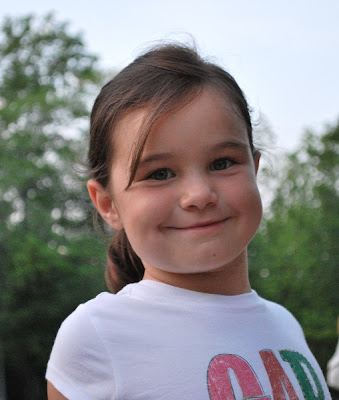 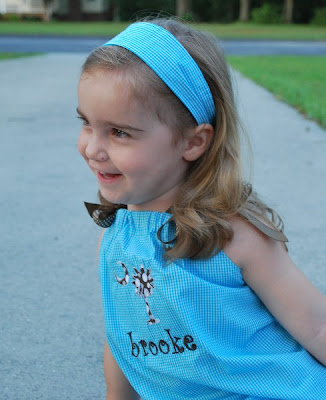 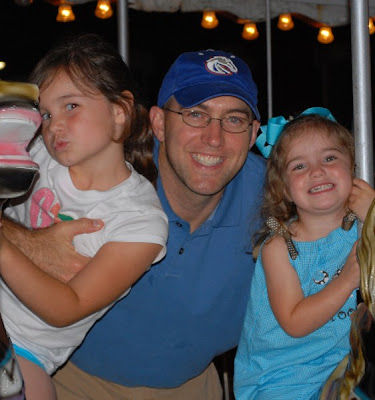 Posted by Faith's Place at 2:31 PM No comments: Links to this post

BUT, since August I have been running 3 days a week, just to get in shape. I was feeling frumpy, and my clothes were getting tighter and tighter... I just felt nasty. So, I started going to the gym 3 days a week and running on the treadmill.

I had found a comfort zone...running on the treadmill...watching the tv in front of me, the box fan blowing cool air on me, and my ipod shuffle playing along as I ran. Running outside, in my opinion, is/was for the serious runners...you know, the ones that are good at it...and not afraid to run with the chance of other people seeing them. :)

I didn't have time to go to the gym last week, so I decided I would try to run outside...something I have tried before and didn't like...nor was I good at..

But, I took off running...and 35 minutes later, I was still running and feeling good! Two days later, I ran for 40 minutes and felt great...very happy with myself that I was able to run that long AND outside..something I could never do before.

So, my husband entered me in a race this past weekend...and it was only my 3rd time running outside!

Guess what?!?! I LOVED IT!!!!!! The course was hilly...and after it was over with, my husband informed me it was the hardest 5k I would ever run...so I am proud to say I have run in, and completed my first 5K race...with hills...not stopping...a definite personal goal of mine!!! Sure, I was slow..but I ran it!

My sweet hubby, who normally runs as fast as lighting...ran with me...gave up his chance at another winning trophy....he could probably crawl as fast as I can run, but he knew how important it was for me to complete this race, so he ran along side of me. We kinda had a "date" out there together..just us..no kids...it was one more thing we have accomplished together, and that was a great feeling! He was my motivator and cheering section the entire way..and was there to high-five me at the finish line! Such an unbelievably sweet and selfless man! 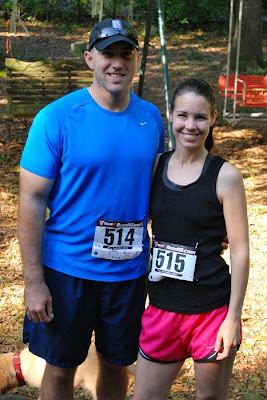 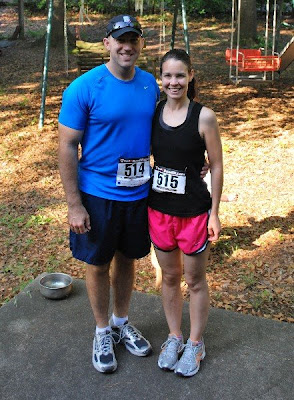 Posted by Faith's Place at 1:20 PM 2 comments: Links to this post 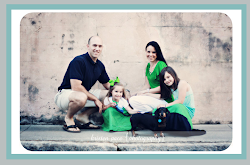 Faith's Place
I am a daughter, sister, wife and mother....and pretend to decorate my house to keep up with everyone else! I'm a military wife, who married my 3rd grade boyfriend, and we have 2 precious girls together!